Over the weekend Boniface Mwangi took to his social media pages to sing praises to the budding relationship between Juliani and Lilian Nganga, who is the governor's ex-wife. 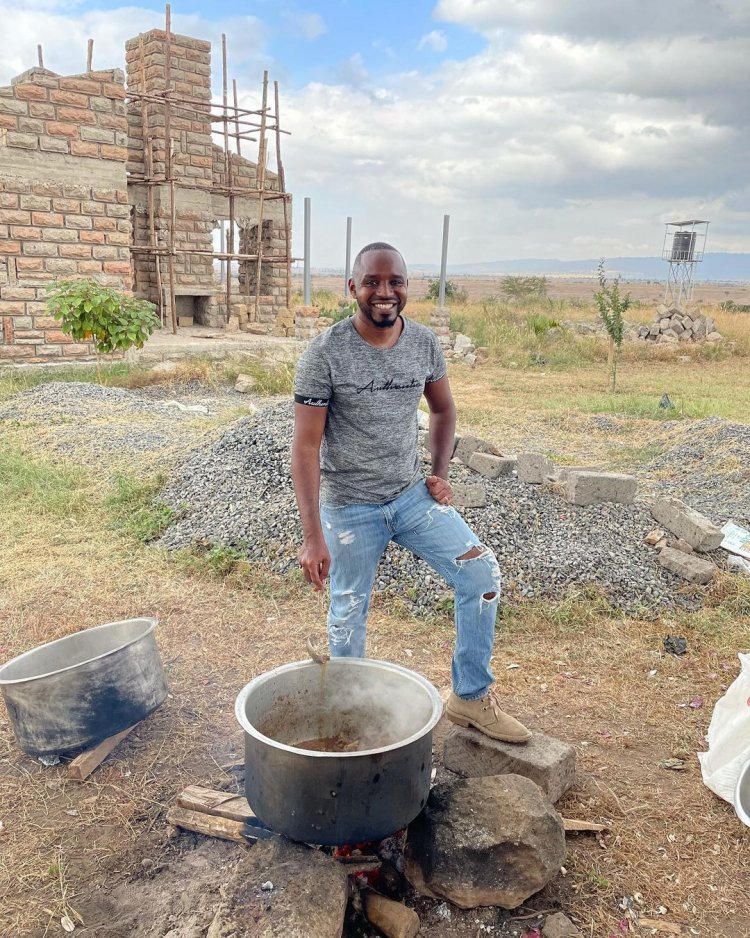 Boniface Mwangi at the construction site
Today morning, Boniface Mwangi woke up to news that his house which was under construction had been vandalized and blown up.
The activist accused Machakos governor Alfred Mutua of the bombing.
"I’m a resident of Lukenya, Machakos County. About two hours ago, Governor Alfred Mutua thugs bombed my house (under construction), sank the house foundation and robbed my workers. I can’t go there now for safety reasons. I know it’s Mutua because he is a molester and an abusive man. I’m not a criminal. I don’t do deals. I have never compromised my values. He has used state resources to blow up the house my family was building."
Last month, Boniface Mwangi showed off his almost complete big house which had a beautiful view of the mountains.
He urged relevant authorities to speed up investigations and ensure he gets justice.
"Even this will pass. In a few hours, the day will break, and it will be the work of IG NPS, Interior KE, ODPP_KE and DCI Kenya to open investigations. If the government doesn’t go after the culprits, they shall survive to hunt me and hurt others" He said.
Edited by Pendo Setim.
If you have a real estate press release or any other information that you would like featured on African Real Estate Blog Post do reach out to us via email at [email protected]

How to Know Your Broker is Legit