Designed by Nuru Karim and co. Limited, it is one of the African architectural designs at its best. 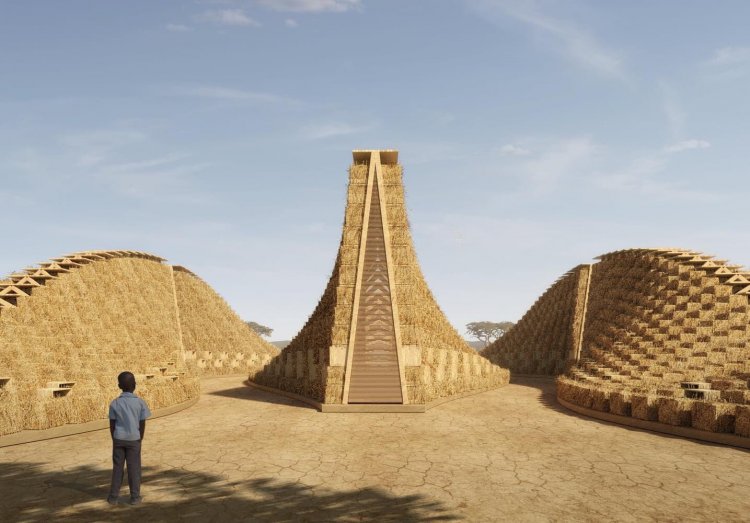 A year before independence, Malawi had only seventeen secondary schools with only four offering a full program leading to a secondary school certificate. In total the whole country had about three thousand secondary school openings, with the schools having a specific key location concentration. Just like most of the African countries, Malawi's secondary school education takes a duration of four years, with boys encouraged to pursue wood work, metal work and technical drawing whereas girls for home economics.

Benga parish, a ten kilometer distance east of Lake Malawi stands as the proposed site for a straw bale and wooden secondary school a project proposal developed by Indian architectural office Nudes led by architect Nuru Karim. The concept itself is a response to an architectural competition organized by Archistorm, on behalf of an NGO called active Africa. With a calling for a design that makes use of local material and construction system, the competition's main aim was to solve the need for a modular solution that could be built in phrases over several years and sustainability. 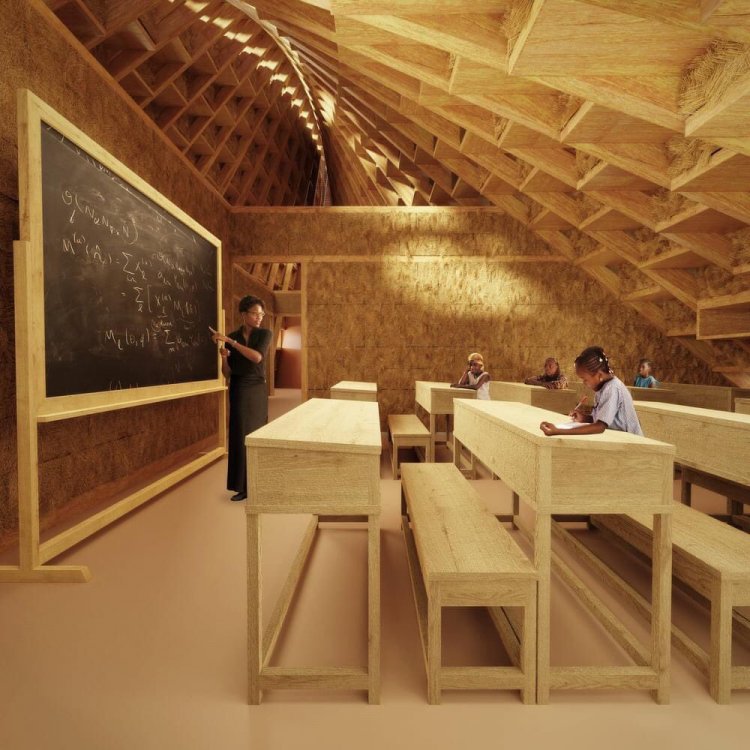 The straw bale and wooden school is based on a series of ladder like wooden A- frames on a modular timber framework. The arrangement of the timber frames varies in height and base with the ladder components fanning to the outside. The hag bales are used to form the outer shell with support from a horizontally incorporated modular structure treads. The architectural design leaves an alternative for local infill material such as terracotta.

"We are keen to explore the usage of straw bales in the proposal with regard to it's pedagogical narrative and exploring 'out of classroom' learning environments manifested in the forms of amphitheatres" said Nuru Karim.

Light and ventilation is catered for by the openings that exposes the treads at an eye level. The top most tread is responsible for air circulation and is left empty to create gaps along it's ridge. Room for accomodation of the schools various programmes comes from the stingers of ladders that open up to transfer structural load.

On places where the structures stands tallest will have an entrance incorporation, but also on the inside narrower taller spaces can accommodate shelves as well as toilet and stairs services. 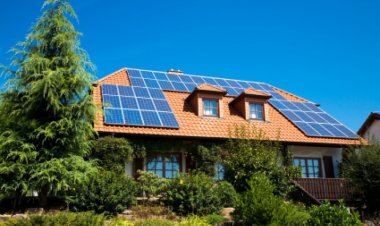 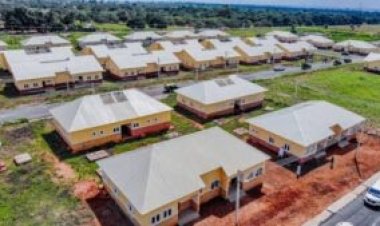 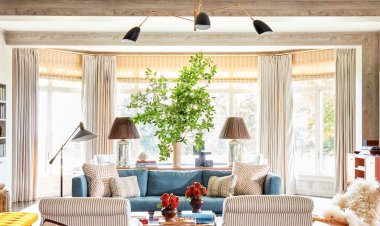 3 Simple Ways of Choosing Curtains for the Living Room

Curtains are great for the interior décor of homes and offices. Additionally, when... 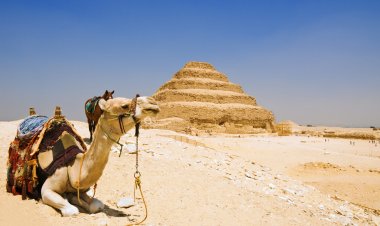