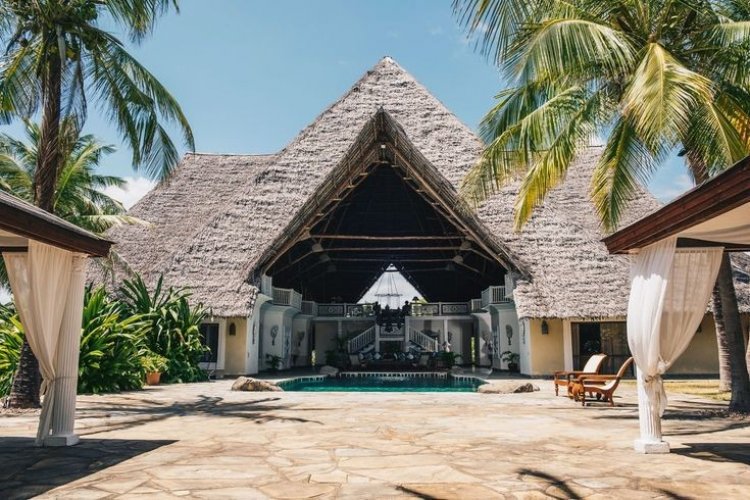 British supermodel, Naomi Campbell was in the country earlier this year as she was appointed the country’s tourism ambassador. During her stay here, she allowed international design authority Architectural Digest to tour her luxury villa. The villa, located in the coastal town of Malindi is nothing short of perfection.

Considering its location, the villa is roofed with makuti giving it a very open and coastal feel. The walls and railings are painted in white, which paired with the ocean blue couches add life to the room. Most of the workmanship and décor in the house is done by local artists meaning they were much Africanized.

To add a feeling to where you are, the villas ceiling board is made from wood and as Naomi calls it "wood is so grounding". This is also seen in the air conditioning and the floors of the rooms not forgetting the artworks on the walls. All of the woodworks from the headboards, doors and ceilings are done in Kenya. 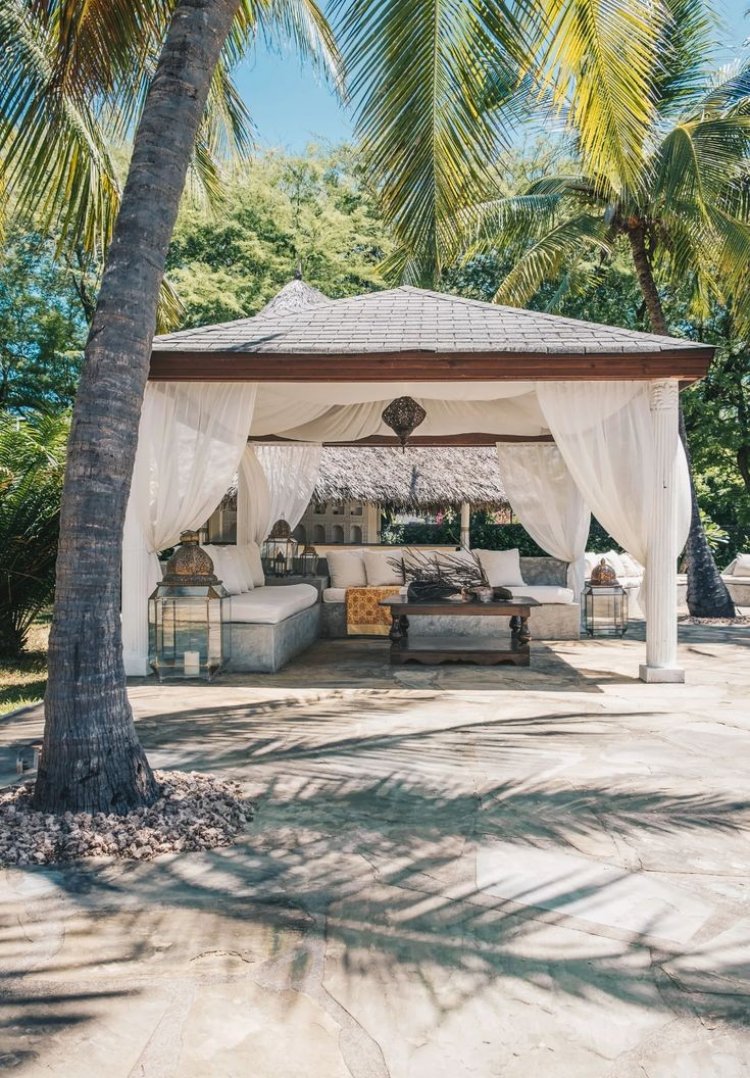 The leaving room, which is Naomi's talks area, has with it a central pool which is also the coldest pool in the house since Malindi can experience real high temperatures at times. The leaving room also carries local pieces of furniture from Kenya that includes a one-piece table and a chandelier bought in the year 2000, comprising of a Morrocan and Egyptian vibe carefully hanging on top of it.

Adjacent to the living room is one of her four pools which extends to the outside dining place. Several tables are placed under hut-shaped structures, draped in pristine white linen forming the dining area. What makes the place even more idyllic are the vintage lanterns and candle lights which add a bit of colour and sweetness to the place especially at night.

Another highlighted room in the villa is one of her favourites. The room, just like the rest of the house is painted white. The bed placed in the middle of the room with white drapes makes it even homier. Adorning the walls are several paintings and other local artefacts which add a bit of drama to the room. 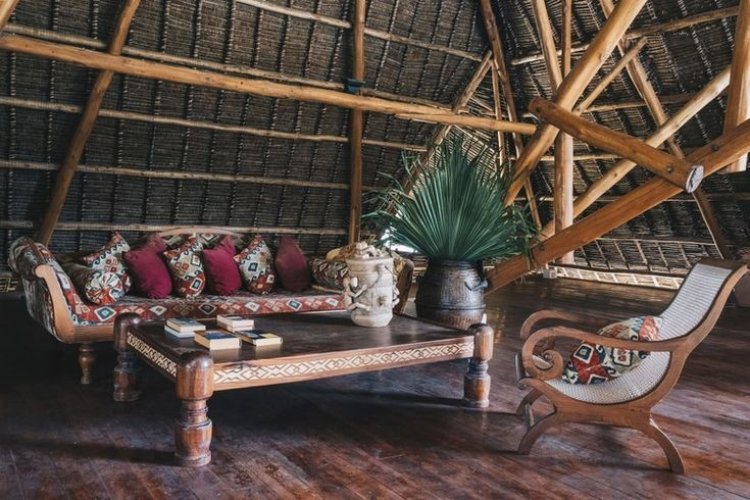 Full of authentic Kenyan, African arts and artefacts from the chairs to the walls the whole villa is a true Kenyan vibe. The upstairs of the villa is like a chill area. The attic is an extremely beautiful feature of the house. The high ceiling makes the room seem bigger and the fact that the roofing is made of makuti, just makes it more heavenly. The room is more of a relaxing spot with beautiful chaise lounges and a gaming area. One is also blessed with a view of the pool and the nature that surrounds Malindi. 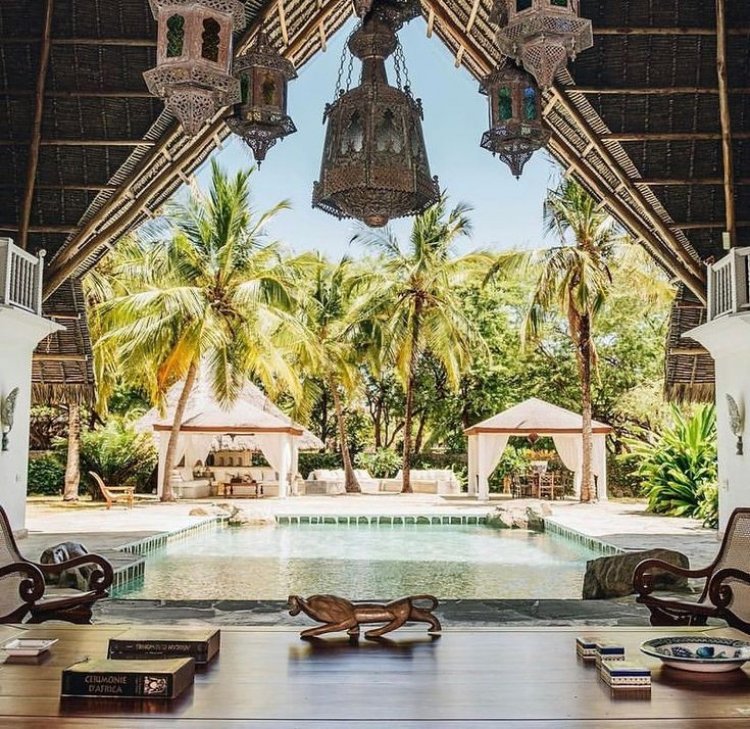 The breakfast area is open just like most of the house. It has a buffet area, a marbled floor, a superb makuti roof and the gorgeous antique. The main pool which is more of a jacuzzi is just close to the breakfast area. The palm trees that surround it enhance the coastal feel of the place.

The villa also has another area called the  ‘new houses’ which have four rooms each and a kitchenette that gives the occupants a bit of privacy and some alone time when needed. None of the rooms is identically the same as the other. 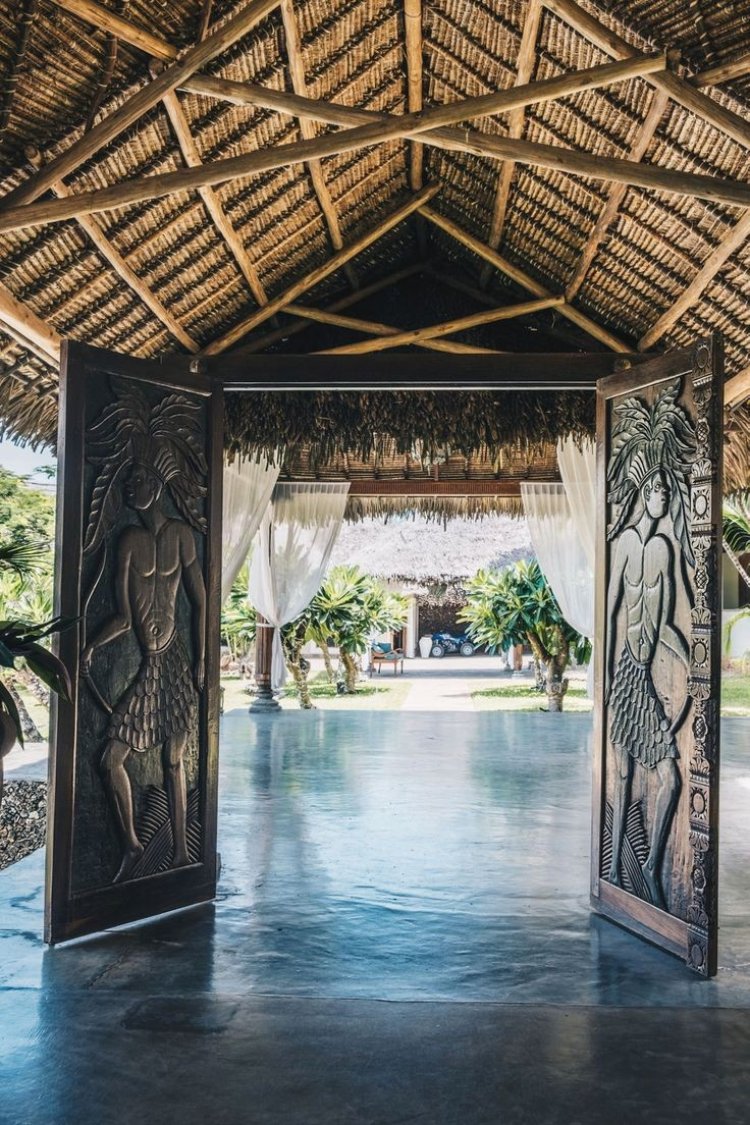 Other additional features of the house include a gym and a spa. The spa, put in by global wellness operator Henri Chenot, offers many services including hydrotherapy. The door to the spa has the famous coastal trademark; two elephant husks. In the spa, Naomi has her own room set too.

Conclusively, the villa together with the magnificent view of the Indian Ocean gives a very exquisite feel without removing the warmth and cosiness from it.

Cement; A Fundamental Yet Hazardous Material to User's Health

Best Cities and Towns to Stay while in Kenya 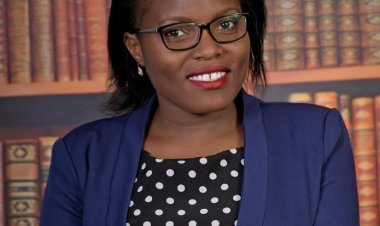 Advocate Wamaitha Gichamba is back again on the virtual seat, this time we get to...