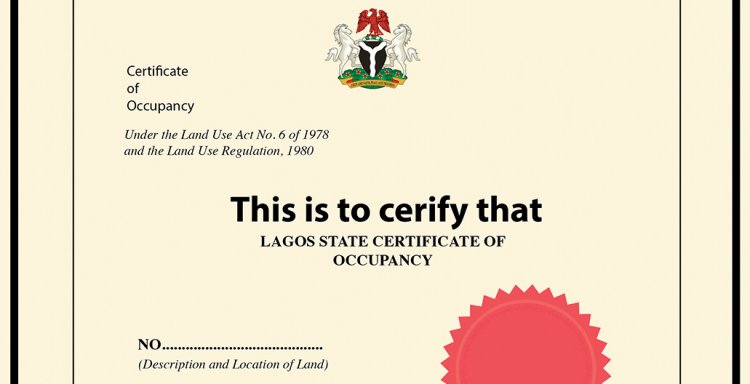 Land has been an integral part of nature since the beginning of time. Even in disserting and defining geographical space and boundary, it plays a key role. Before the advent of colonialism and the subsequent eras, land has always been one of the scales in measuring an individual's wealth. Its yielding and appreciative nature is one of the propellers that has placed it in the spot of the nation's highest income generator as a pivotal in modern city development. As a result, individuals, families, and communities can acquire land one way or the other.

In the course of acquiring them, certain documents are sacrosanct to prove the validity and the same apply afterward. These documents include; survey plan, deed of assignment/conveyance or deed of gift, purchase receipt as well as certificate of occupancy.

Certificate of occupancy (C of O) is a legal document received from the government after acquiring land. It proves the authenticity of an individual or family as the legitimate owner of the land. It is just like the certificate received after schooling and graduation as proof of being in the process and completing it.

The most prevalent and reoccurring real estate development crisis is the sales of land to multiple individuals which is very frequent and appalling in rural areas and some parts of the urban setting beside the government reserved areas(GRA). A certificate of occupancy acts as the pointer to the legal and original owner of the land; a simplified underestimated document that holds water and at the same time reduces the cost and erases the stress of going back and forth in a court of law.

According to the Land Use Act(1978), all lands in Nigeria are held by the governor of each state and are responsible for the allocation of these lands to individuals to reduce unequal access to land use and acquisition. In this case, the government of any state can utilize lands for industrial and infrastructural purposes. The government of the day from the federal to the state level are all trying to develop the country into a modern world city and for this, more lands are to be procured for the sake of creating access road and standard infrastructure.

With the power vested in the governor, he can repossess and utilize any land for state purposes. To avoid being a victim, a C of O must be obtained.  Reasons for the acquisition is to get compensated if the government decides to possess any person's land because the entitlement of lands by an individual can be proven by the C of O even though it is owned by the government as stated in the land use act.

In an intellectual discussion with Adekanmi David, a contract surveyor and a lecturer in the University of Benin, when asked why landowners might refuse to acquire C of O, he stated the stress involved and the problem of bureaucracy as the hindering factor. The money paid is not actually the problem. People need to move from one place to another and go through so many processes, possibly putting them off and discouraging them.

He added that the negligent and nonchalant attitudes of some public servants who are responsible for the approval and signing of required documents of applicants might also delay the process thereby discouraging them.

He noted that to solve the indifferent attitude of people in procuring C of O, the problem of bureaucracy must be looked into and remedied.

He advised that to fast-track C of O or prevent any problem that might erupt in purchasing land, individuals should obtain lands directly from the government.

Bureaucratic processes can ward off interested applicants for C of O and it is a common phenomenon in most public offices. Albert Einstein termed bureaucracy as the death of any achievement. It slows down decision-making, impedes progress and likewise wastes time, effort and money. If a person has to visit several offices just to sign a part of a document, such an individual will definitely grow apathetic and might stop the process mid-way.

Apart from bureaucracy, other issues that should be rectified is that public servants who are in charge of approving the necessary documents should maintain a friendly disposition with applicants to foster more patronage.

Individuals should also obtain a C of O immediately after purchasing lands from another individual, family or community because delay might result in a pile-up of fees such as development levy, land use charge, etc. The pile-up will definitely inhibit the process of obtaining the document, thus reducing the chances of procuring it.

As described by Ronald Chagoury Jr, real estate is one sector of the Nigerian economy that has a very bright future. Land is an indispensable and foundational aspect of real estate. With its rapid growth, landowners who own plots and hectares of land should endeavor to acquire a certificate of occupancy to secure their lands, a gold mine in the earth's treasury. 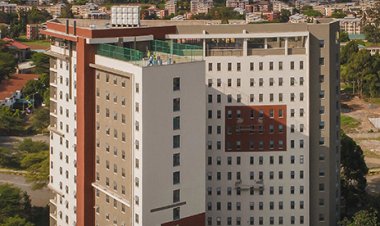 "The property market is poised for a whirlwind year of home buying in 2022, " says... 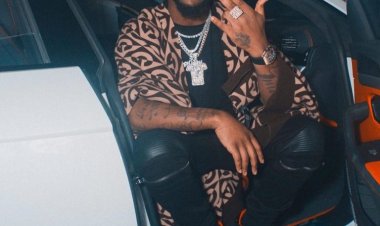 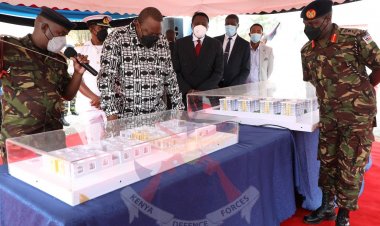